Nominations are invited from across Shropshire to highlight the outstanding contribution of individuals, clubs and venues in the annual Lawn Tennis Association Awards.

Launched in 2015, Shropshire’s former LTA president Cathie Sabin – who was always so passionate about recognising the efforts of the many thousands of inspirational individuals involved in tennis – was instrumental in the awards being introduced.

It’s an opportunity for the county’s unsung tennis heroes to step into the spotlight, with Tennis Shropshire accepting nominations for the 2021 awards between October 1 and November 13.

County winners will be announced early next year ahead of progressing to a regional shortlist and then, potentially, the national awards.

The 2020 awards brought unprecedented success for Shropshire as the county provided a hat-trick of regional winners for the Midlands.

Keith Smith received the region’s lifetime achievement award and Alex Cleland was named as the Midlands official of the year, with the Shropshire County Championships selected as competition of the year.

Keith and Alex went on to be runners-up in their categories at the prestigious virtual national awards ceremony, which was hosted by LTA president Dave Rawlinson and presented online by Leon Smith, Great Britain’s Davis Cup captain.

The LTA received more than 2,100 nominations from across England, Scotland and Wales for the various categories.

The 2021 awards will be another exciting opportunity to celebrate individuals and venues that make a difference in the local community.

All nominations will go forward to the LTA’s judging panel, where county winners for each category will be selected.

Sarah Downes, Tennis Shropshire’s LTA Tennis Awards co-ordinator, said: “It was wonderful to see the level of success Shropshire enjoyed in the 2020 awards and we hope there will be lots of nominations once again for 2021.

“As a county, we are so fortunate to have so many amazing volunteers, tennis facilities, programmes and coaches.

“It clearly remains a challenging time owing to Covid-19, but the work that continues to be done by volunteers around Shropshire to ensure that people can still play tennis in a safe environment has been absolutely outstanding.

“The awards is a great opportunity to formally recognise them – and many others for the different roles they play – and to say thank you.

“Nominations can be submitted via an online form which takes just 10 minutes to complete. Being recognised through the LTA Tennis Awards means so much to the nominees at every single stage of the process and just being nominated really can make someone’s day.

“We are looking forward to reading the nominations, and whilst judging them is always hard, it is one of the best and most enjoyable parts of the tennis calendar.”

To nominate or find out more about the LTA Tennis Awards, visit www.lta.org.uk/awards

Pictured: Amy Dannatt and, centre, Simon Haddleton, the organisers of the successful Shropshire County Championships, the Midlands competition of the year for 2020, on court with Tennis Shropshire chair Simon Jones. 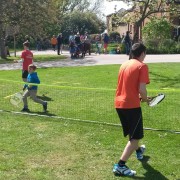 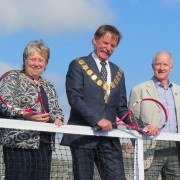 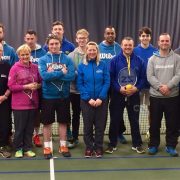 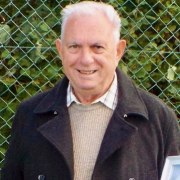