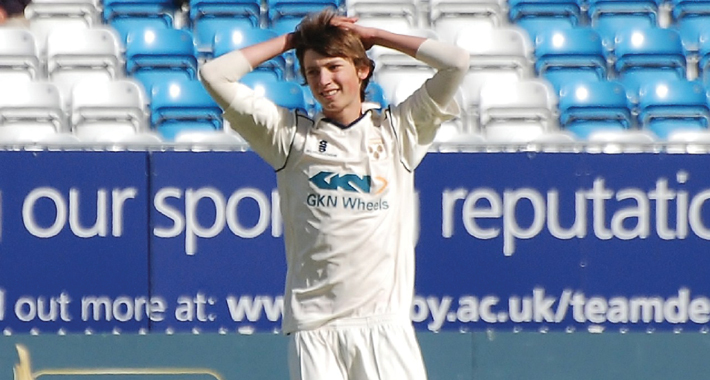 ED BARNARD, the rising Shrewsbury cricket star, has flown out to the United Arab Emirates on England under-19 duty ahead of Sunday’s opening tour match.

Barnard, who turned 18 last month, will spend the next three weeks in the UAE, representing England in a Tri-Series against the Pakistan and UAE under-19 teams, before returning home to Shrewsbury just in time for Christmas on December 23.

It will act as preparation for the under-19s World Cup to be held in the UAE in February.

Barnard, a key member of Birmingham League champions Shrewsbury’s squad, has been part of the England Development Programme for the last three years and recently signed a new two-year contract with Worcestershire CCC.

He toured South Africa with England under-19s last winter, memorably cracking a century on his Youth Test debut in Cape Town. He then took the final catch of the match to secure England’s victory to crown a stunning man of the match performance.

Barnard missed 12 weeks of the domestic season owing to injury but returned to fitness in time to captain England’s under-17 side in two one-day internationals against Sri Lanka in August.

Barnard, a Shrewsbury School student, will divide his time in the UAE between a busy programme of training and matches with studying for his A levels in Geography, Business Studies and PE.

Barnard, whose older brothers Mike and Steve are both Shrewsbury CC regulars, is part of a 17-man England squad and will hope to be in the England team for their opening tour game against the UAE on Sunday.

His dad Andy, a past captain and chairman of Shrewsbury CC, is the master in charge of cricket at Shrewsbury School.